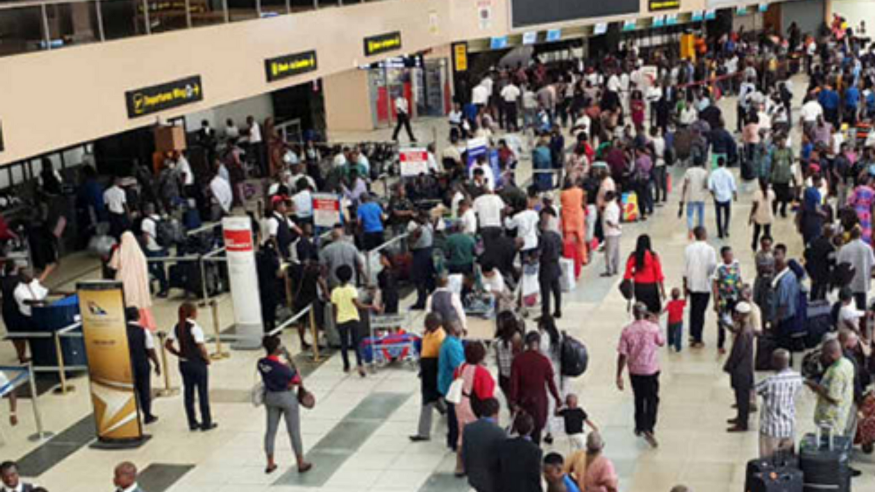 History of Air Transport in Nigeria
Air transportation in Nigeria started during the British colonial rule. The first aircraft landed in Kano on November 1, 1925, which involved three De Havilland DH9A aircraft belonging to the Royal Air Force, RAF. The flight, led by flight Lt. Coningham took off from Helwan, Egypt with two stopovers: Sudan, and N’djamena, Chad (which was known as Fort Lany then).

Ever since, air transport has evolved from being handled/owned by the British to Nigeria having its national carrier (Nigerian Airways), to Nigeria having a fleet of domestic and international airlines operating daily in the country. However, this system has been plagued by recurrent flight delays, mainly affecting domestic flights.

The Nigerian Airways
Nigerian Airways was formed on 23rd August 1958. It was formerly known as West African Airways Corporation Nigeria Limited (WAAC Nigeria). WAAC as a company was a joint venture between the Nigerian government, Elder Dempster lines (Elder Dempster Lines was a UK shipping company that traded from 1932 to 2000), and the British Overseas Airways Corporation (BOAC). The major shareholder in the company was Nigeria with 51% followed by Elder Dempster lines with 33% and BOAC with 16%.

On March 25, 1961, Elder Dempster and BOAC sold their shares to the Nigerian Government making Nigeria the sole owner of the company. Unfortunately, the airline ceased operations in 2003. This was speculated to be due to incompetent management, retrogressive union activism, staff resistance to change, and corruption among others.

Data on Flight Operations in Nigeria
Nigeria has 32 airports that had 14 million passengers in 2021, despite the country having a population of 200 million people. Lagos airport alone accounts for 65% of this traffic. In 2021, the total number of domestic and international flights operated in Nigeria was 74,537 and 9,675 respectively.

The Normalisation of Flight Delays
Unfortunately in Nigeria, it has become the norm for domestic carriers to have flight delays. In extreme cases, even after lengthy delays, flights can be cancelled or shifted to another day, causing discomfort and additional cost to travellers. From our research, we think flight delays are caused by some of these key reasons:

Data on Domestic Flight Delays in 2019-2021
According to the annual report published by the Nigerian Civil Aviation Authority, 74,537 domestic flights were operated in 2021 which conveyed 12,050,264 passengers. 41,328 (55%) domestic flights were delayed while 542 flights were cancelled. Air peace, Overland, Azman, Dana, Max Air, and Arik Airlines had over 55% of their flights delayed in Nigeria in 2021. 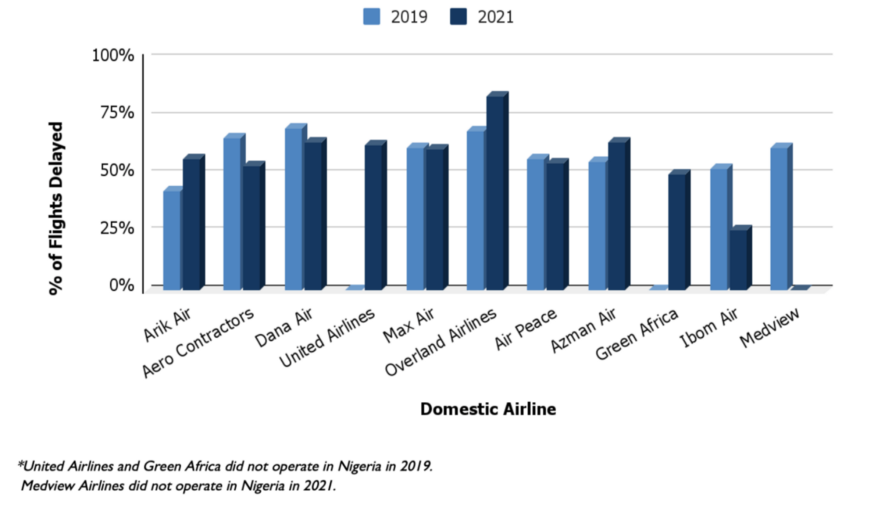 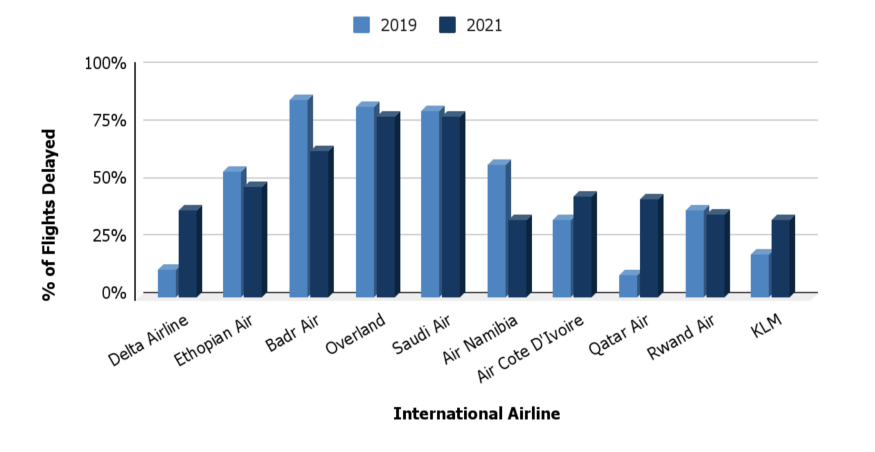 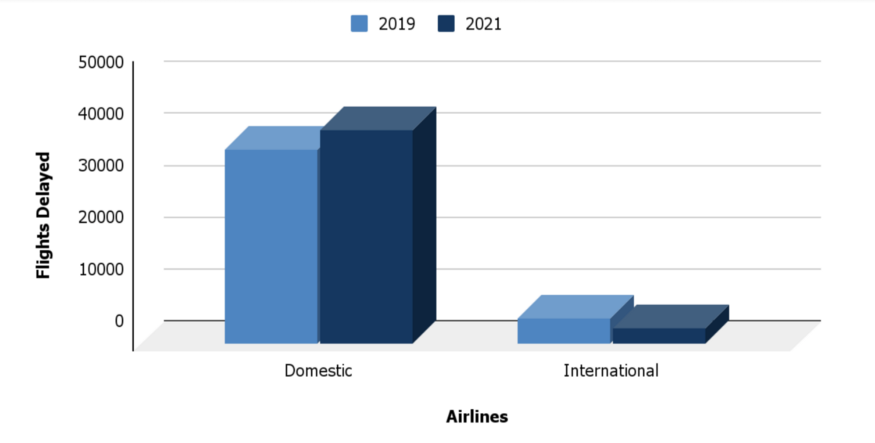 All airlines, international and domestic, are subject to the regulations, which provide basic passenger rights and responsibilities, as well as airline obligations.


Under the Civil Aviation Act 2006 (CAA), NCAA Regulations (part 19), and the Federal Competition and Consumer Protection Act (FCCPA), passengers have certain legal rights when a flight is delayed;

A more efficient air transport system will cause an increase in the growth of the industry by 124% in the next 20 years with a contribution of about $4.7 billion to the GDP and an estimate of about 555,700 jobs.

Solving Flight Delays in Nigeria
According to industry analysts and engineers, airports in Nigeria do not require new runways at the moment, infrastructure upgrades, should be accomplished through public-private partnerships via airport concessions.

The Government could be more proactive in taking action against airlines when they default on the regulations. The Federal Airports Authority of Nigeria (FAAN) could consider doing more periodic maintenance programs on airports and their systems.

The necessary regulatory bodies could ensure that flights are efficiently scheduled to minimise runway congestion. The Nigerian Meteorological Agency and Nigerian Airspace Management Agency could also work closer together to ensure that pilots are better briefed on weather conditions. Airlines could be obligated to inform passengers about flight delays by text message or phone call.