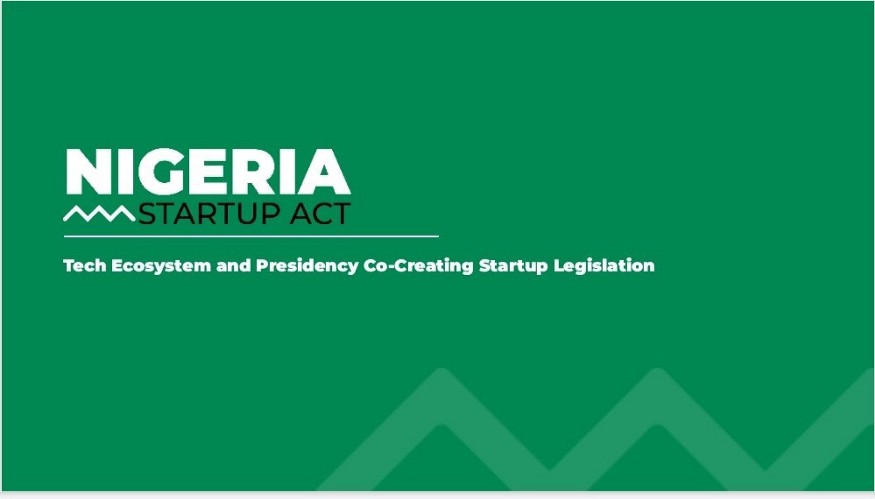 April 2018 saw Tunisia becoming the first African country to pass a Start-up act, this act took effect in October 2018 and essentially sought to provide a clear legal framework as well as support for Start-ups within the country. Following the passage of the bill, there have been a host of other African countries like Senegal, Kenya, Algeria, etc that have passed or are in the process of passing their unique start-up laws. In 2021, Nigeria joined this league of countries with the proposed Nigerian Start-up Bill (NSB)

The bill stipulates the specific criteria that will qualify companies as Start-ups, the first of which is ‘Innovation.’ Start-ups according to the bill are companies registered as Innovation Driven Entrepreneurship (IDEs). Innovative in this case would include such things as the production and improvement of innovative products as well as commercialization of such products. The bill also stipulates that Start-ups should involve new tech or be enabled by technology.

The bill specifies that the company should be incorporated in Nigeria and have existed for not more than ten years. Its headquarters must be located in Nigeria as well. Such a company should have at least 51% of its shares held by Nigerians. Companies with foreign participation exceeding 49% are still eligible as long as the ultimate beneficial owners are Nigerians. The Start-up should have a total of less than 100 direct employees, of course excluding casual workers, consultants, and outsourced staff having at least 15% of their expenses going into research and development activities.

There are certain incentives available to Start-ups registered under the bill which are believed to be advantageous, they are as follows;

While the bill is yet to be passed, it has received nationwide recognition and has been welcomed by the people as a step in the right direction for the nation and economy. It is hoped that this bill brings about cordiality between regulators and Start-ups and will be friendly to the tech ecosystem.