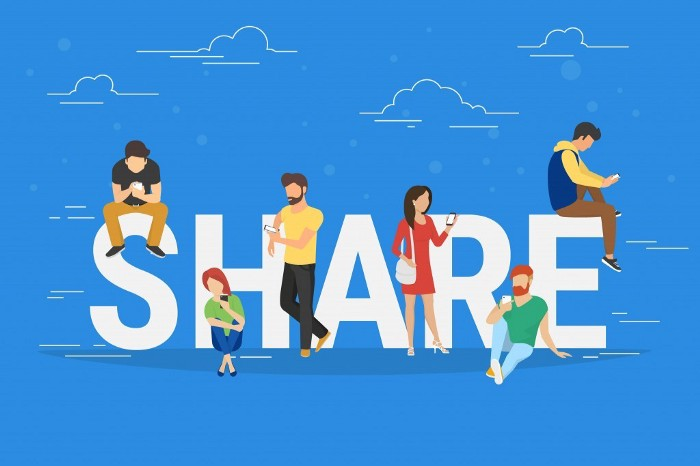 The introduction of ride-hailing services like Uber made it possible for individuals to benefit from private car use for their daily activities without actually owning a car. Another great example of this is Airbnb which allows individuals who are looking for a place to stay to connect with people who have spare bedrooms. This gives them a nice place to stay at a cheaper fee instead of paying exorbitant fees for hotels.

Uber and Airbnb both operate in an economic model called sharing economy where people or groups share goods and services resources in a collaborative way with the use of technology such that physical assets become services.

Both companies have brought about many benefits which include reduced costs for available goods, services, and time. People will only use something or require the services of someone only when necessary. They don’t have to deal with the headache or costs of ownership and employment, such as car insurance and maintenance.

Also, it has enabled people to have extra sources of income. For instance, an individual who owns a car and drives every day to work decided to register on Uber and transport individuals on their way to work. Another example of this is an individual who has extra rooms or houses and registers them on Airbnb which gives him extra income. However, There have been concerns about the safety of parties who patronise services such as Uber and Airbnb. 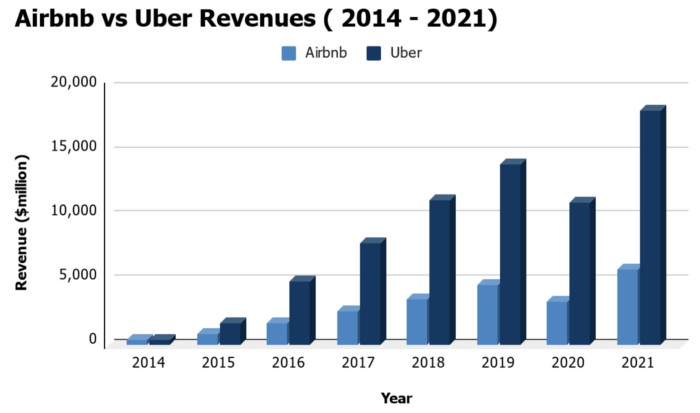 There are also other companies such as Upwork and Fiverr who operate in the same business model as Uber and Airbnb by creating a freelance talent workspace where individuals can take up different projects from different individuals/companies.

Comparing both companies, a report on recent Uber and Airbnb operations in the world illustrates that Airbnb has more users than Uber meanwhile Uber generates more revenue than Airbnb.

Airbnb hosts on the other hand earn more than Uber drivers despite Uber generating more revenue. JP Morgan conducted a study on the checking accounts of 39 million Americans and tracked payments to those accounts from 128 different online platforms between October 2012 and March 2018. The study found that the average monthly earnings for workers in the transportation sector like Uber fell 53% while it rose 69% in the real estate sector like Airbnb between 2013 and 2017.

JP Morgan reports that the decline in average earnings for on-demand transportation workers could result from the increased supply of drivers using those apps. Another possibility is that drivers are working fewer hours.

Looking forward, the sharing economy business model still has a lot of potential in today’s market as it has been able to make entrepreneurs and innovators bring up products and services without being heavily regulated.