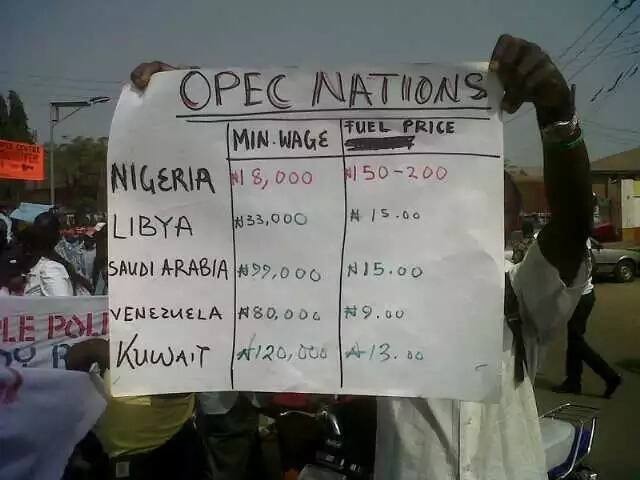 Following the country’s independence in October 1960, the Labour Union pressed the government to regulate the minimum wage. However, it was not until 1978, when Hassan Sunmonu became the NLC’s first president, that a structured minimum wage was created for Nigerian employees. In 1981, he proposed a ₦300-a-month minimum wage. Eventually, President Shehu Shagari and the administration led by Hassan Sunmonu agreed to a monthly salary of ₦125 after an extensive strike.

The International Labour Organization (ILO) defines a minimum wage as one that guarantees workers (and, in some cases, their families) a basic minimum income sufficient to meet their own needs and those of their families.

In a country where the minimum monthly cost of living is ₦185,814 for individuals, according to numbeo.com, Nigeria’s minimum wage does not meet the ILO’s definition of an acceptable minimum wage. Additionally, at $72 per month, the majority of employees receiving the minimum wage will fall significantly below the United Nations’ established poverty line of $1.08 per day if they have a household with more than one dependent.

MINT
In 2013, economist Jim O’Neill invented the acronym ‘MINT,’ which stands for Mexico, Indonesia, Nigeria, and Turkey. Countries on the MINT list were selected according to many criteria including economic development and demography as well as geography and internet use. Nigeria’s minimum wage is lower than its worldwide counterparts, owing to economic variables affecting earnings.

The Minimum Wage in some African + Middle Eastern countries


The Minimum Wage in some Western countries

Economic Impact of Minimum Wages
The issue regarding minimum wage’s unanticipated implications on employment stems from fundamental supply and demand: as labour becomes more expensive, firms may hire fewer of it. In the basic supply and demand model, salaries are equal to the ‘value marginal product of labour’ — the value a worker adds to the production of the employer.

As the number of people recruited increases, it is expected that this marginal product decreases; maintaining all other inputs like machinery and materials equal, extra workers will make lower economic contributions. Consequently, the demand for labour declines as the marginal product decreases. Wages are determined by the supply and demand for labour in the market. In this scenario, a government-mandated minimum wage that is higher than the market wage will result in job losses.

Increasing the minimum wage would improve the overall standard of living for minimum wage workers, by providing them with a more appropriate income level to handle the cost of living. However, this may contribute to inflation in two ways; increased expenses for companies who would have to increase the price of their products and services to cover their increased labour costs, and also increased spending by workers due to a rise in the price of goods and services.

Minimum wage employees in Nigeria have been exempted from paying personal income tax as part of the government’s efforts to boost the economy and enhance their standard of living, according to a press release. Despite this incentive, recent policies by the government such as the increase in VAT from 5% to 7.5% and also shortage + hike in price of fuel, subpar and unpredictable power supply, low manufacturing and high importation of goods, as well as inflation, have further reduced the disposable income of Nigerians.